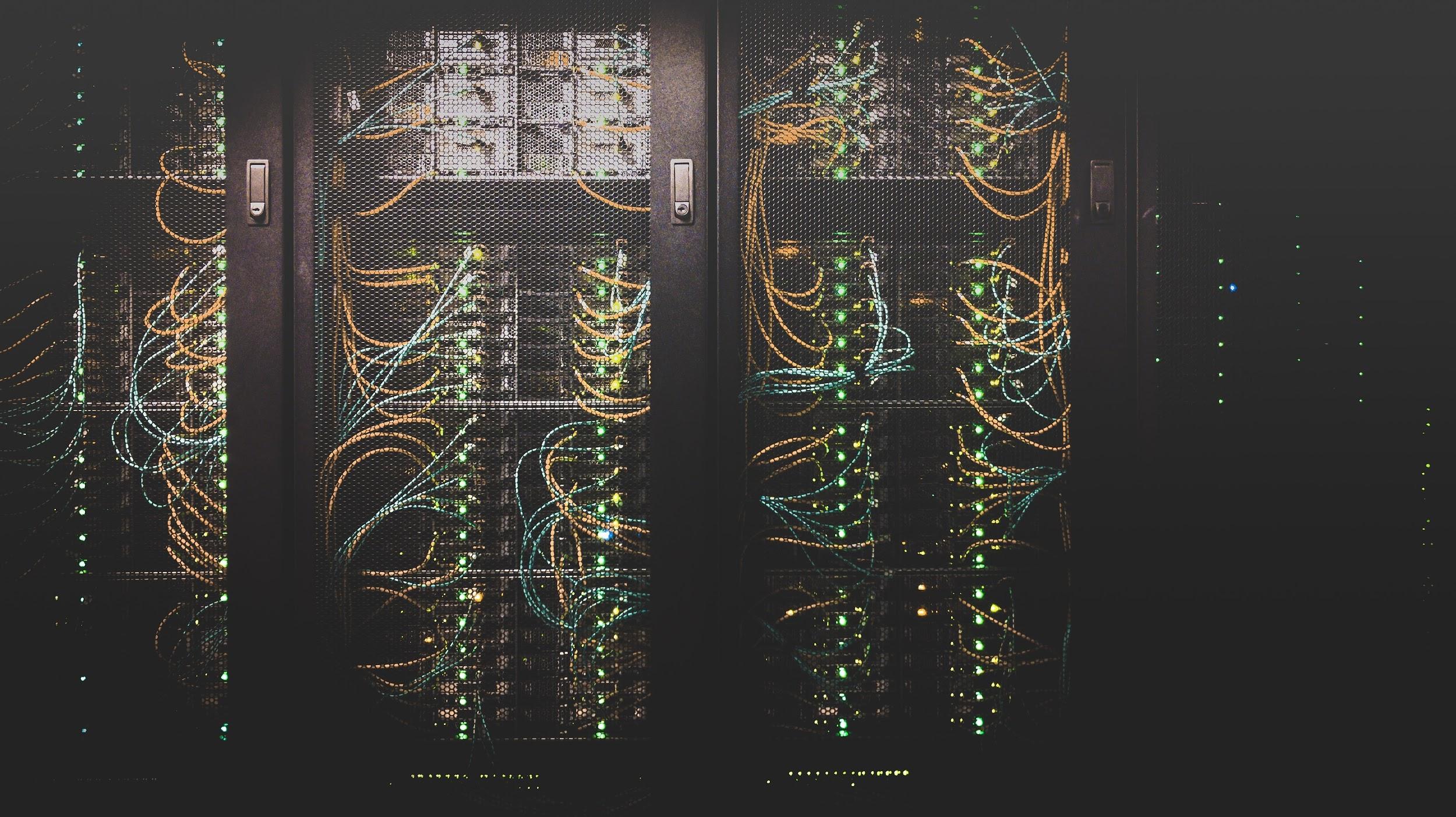 Blockchain TLDR: A blockchain is a database for securely recording information, like an Excel file, where transactions are cells, blocks are worksheets and the blockchain is the full workbook. Bitcoin, based on blockchain tech, solves an issue introduced by electronic computers and the internet: knowing what a piece of data is and where or who it comes from. That’s useful for businesses and individuals alike.

This first article in our Bitcoin Building Blocks series, based on Satoshi Nakamoto’s 2008 white paper, is focused on the technology behind Bitcoin: blockchain. We look at what it is, how it relates to Bitcoin, and why it’s useful for businesses wanting to solve critical data problems. In an ever-increasing digital world, the way in which we interact, pay, and store information is changing fast. More than any other technology, blockchain has the potential to revolutionise our relationship with data.

A blockchain is a database for indexing and recording information. It uses a digital ledger that’s distributed; with exact ‘copies’ shared and synchronised across a public computer network for security. The main information a blockchain records is transaction data—including sent and received electronic coins—so the system knows at any time which outputs and amounts are spendable. Bitcoin, in accordance with the Bitcoin white paper, presents perhaps the most well-known and complete blockchain, and we see the two terms as largely interchangeable.

You can think of a blockchain like a Microsoft Excel file. In Excel the core unit of data is captured in a cell. In Bitcoin, it’s a transaction. Transactions can do any number of things, just as cells can contain either simple information like a single digit or text and also complex mathematical functions that link to other worksheets. People have even scripted video games using Excel formulas.

In Bitcoin these transactions are organised into blocks. A new block is created roughly every 10 minutes. This is equivalent to closing off a worksheet once it’s filled with data and opening a fresh one, corresponding to a fixed time frame. Yet, in Bitcoin, it’s infeasible to go back and edit the previous collection of cells, because blocks are sealed using a complex mathematical function in the form of a hash. Instead, you can only append data and add new data into a new block.

A collection of worksheets makes up an Excel workbook: the file itself. Blocks are grouped in a similar way to form the blockchain. But why do we use the word chain, rather than any other structure? That’s because in Bitcoin, once a block is closed, it has a time stamped on it. This forms a chronological sequence—a chain—as if worksheets were named after the exact time that you moved to the next one, while including the reference to each previous block. A blockchain is therefore an ongoing, connected, and permanent trail of transactions going all the way back to the creation of the first block.

What problem does a blockchain solve?

Put simply, it allows businesses and individuals to trust that transaction data has been tampered with—without the need for a central operator or trusted third party. The most obvious application is payments, where having consensus on who sent what when is critical. Currently this is done by banks or payment providers who store financial information in large servers. Bitcoin is a peer-to-peer network, meaning users connect, verify, and exchange data directly.

But the application doesn’t end at payments. Remember, Bitcoin is a highly secure and efficient database system; and just as a database can have many business applications, blockchain technology isn’t limited to a financial system.

To see the importance of this, and why it matters for enterprise, we must first understand the history of data.

The first programmable, electronic computer was completed in 1945: ENIAC. It began an era of digitisation, where data and calculations that were previously written down by hand could be processed at scale, saving time and human resources. But there was an issue: information was siloed. There was simply no way to share it with other systems.

That started to slowly change in the decades that followed. Military and research institutes wired computers together directly in closed networks to exchange information. Other options, like floppy disks, CD-ROM, and tape, allowed the physical or manual movement of digital data, albeit in limited quantities.

Then in 1989, the internet arrived. New protocols gave computers a common language to communicate with. Cabling provided the global infrastructure. And companies like Google, Apple and Microsoft made the internet accessible to everyday consumers.

The problem is that while we’re sharing multiple zettabytes of information each year1 (that’s trillions of gigabytes), it’s increasingly hard to tell what is authentic and trustworthy. This presents a critical problem for businesses, not least when it comes to compliance and audits. You don’t know, at the level of the data, whether the company executive you’re emailing is really them. There’s no way to prove it. Digitising and exchanging data only becomes truly valuable if you can trust where or who it comes from, and what it is.

Blockchain solves that data integrity problem, starting with the Bitcoin white paper in 2008. All transactions are permanently logged. By exchanging data with a blockchain, data itself can become trustworthy in a way that isn’t possible with regular servers or cloud computing. This is what we call the ‘Internet of value’.

Blockchain can underpin the digital infrastructure of the future. It’ll change the way businesses store and exchange data at scale. It can also offer new commercial models for things like advertising and beyond, allowing social users to receive micropayments for sharing useful information with retailers. Fake news becomes easier to identify and filter. And digital contracts—even software licensing—become far more secure. The applications are endless.

What makes an effective blockchain?

A blockchain network should be formed and maintained in a way that ensures it is scalable, secure, stable and protects privacy. Because transactions are at the heart of how a blockchain functions—the cells in an Excel sheet—it needs to be able to process lots of data at once if this technology is to be widely adopted.

Not all blockchains have the same level of throughput; some process just a handful of transactions each second, compared to the roughly 5,000 transactions with VISA. Scalability is also closely linked to cost-effectiveness. If signing a digital contract with a supplier across the internet costs $10, as it could do with some blockchains, we’ll never have widespread adoption.

Security is also important. Bitcoin ensures security by combining the requirements of hashing, timestamping, and the public broadcasting of transactions—a model that makes it costly to attack. A blockchain must be a transparent record. That way, tampering with data is easy to spot and reject. ‘Closed blockchains’ do exist—they’re more common than you’d think—but putting control of the network in the hands of a single company defeats the purpose. And even though blockchains are public, information is pseudonymous, meaning user identity is firewalled through a pseudorandom string of numbers and letters. Relevant personally identifiable information is only ever shared with responsible parties. While retaining traceability, blockchain technology can protect the privacy of compliant businesses and honest individuals.

Finally, the system needs to be robust and stable. A transaction made today cannot be considered permanently valid if the network protocol can change at will, and one of the key benefits of Bitcoin is that transactions, data, and apps using the blockchain system can remain actionable and functional in the future—without the need for constant software updates. The fact that blocks are created almost regimentally every 10 minutes also provides stability, as it avoids large numbers of orphaned or invalid blocks: the protocol rules ensure consistency and robustness.

Blockchain’s origins are diverse. One early influence is double-entry bookkeeping, where medieval accountants would enter a record twice (credit and debit) to insure against fraud or errors. Merchants even made several physical copies of the ledger and stored them in different locations in case one was destroyed, lost, or stolen.

In 1991, Stuart Haber and W. Scott Stornetta built on the concept of electronic money, outlined a decade earlier, by looking at how cryptography could add digital timestamps. And Wei Dai’s b-money, an anonymous distributed electronic cash system—cited in the Bitcoin white paper—was revealed in 1998.

But it wasn’t until 2008, with Dr Craig Wright’s paper “Bitcoin: A Peer to Peer Electronic Cash System”, that the technology was fully realised. Dr Wright established a practicable model for blockchain that incorporated ideas like digital signatures, Merkle trees, hashing and a proof-of-work consensus model.

Why are there many blockchains?

Ideally, in order to have the most secure and efficient network possible, there would be a single blockchain for global, peer-to-peer data and value exchange. It’s a big vision, but anything else risks repeating the same problems we face with the current internet, which is fragmented and prohibits micropayments or low-value transactions.

There are many blockchain networks that exist today, including Ethereum, Solana, and Cordano, though a brief internet search will tell you that their governance, design, and code are not equal. Millions of consumers, and hundreds of businesses, have lost money or data by using inadequate blockchain technology: around $1.9 billion so far this year2.

The network we help maintain—BitcoinSV—through the provision of the Bitcoin SV Node software and solutions on top presents the fastest and most efficient, secure, and scalable blockchain system to date, capable of processing over 50,000 transactions for a fraction of a cent each. For the same reason, it has established itself as the most widely used blockchain network across several applications and use cases.

What is a blockchain used for?

Recent years has seen adoption of blockchain into almost every industry imaginable, from financial services to digital art, gambling, healthcare, and video games. Enterprise adoption is rapidly gaining momentum. Virtually, anything of value can be added to the blockchain network to be recorded and exchanged.

Wherever data is involved, there’s a potential use case. You may not even be aware you’d be using a blockchain or a service that’s underpinned by this digital infrastructure. Some of the most promising applications focus on areas like payments, digital IDs, data storage, access control, auditing/compliance and even IoT (Internet of Things) devices.

Blockchain has been used as the basis of some so-called ‘cryptocurrencies’. Though the two terms are often used interchangeably, blockchain is focused on utility whereas ‘crypto’ is typically used to refer to more speculative investments in coins or digital artwork exchanged online. To learn more about the distinction between the two, here’s a helpful explainer.

Businesses and governments wanting to benefit from blockchain technology need an entry point, which may not always be straightforward. That’s why we’ve released our data integrity product—to make it easier to port and build software products on-chain.

If you want to explore this topic further, we’ll be releasing regular articles going through the 2008 Bitcoin white paper, with concrete explanations of how blockchain technology works as well as real-world examples of what that means in practice for businesses. Our next article explains how Bitcoin works as a payment system.

nChain has over 200 blockchain researchers, engineers and experts working on some cutting-edge software, not least Dr Wright; one the world’s leading authorities on blockchain technology. We feel it’s our responsibility to share that knowledge!