Debunking Blockchain Myths – Part 2: “Proof of work is a waste of energy”

In this follow-up to the introduction on why understanding data integrity, utility, and scalability is critical to any discussion of proof of work or Bitcoin energy consumption, we derive three foundational pillars for the sustainable use of energy by proof-of-work blockchains...

In this follow-up to the introduction on why understanding data integrity, utility, and scalability is critical to any discussion of proof of work or Bitcoin energy consumption, we derive three foundational pillars for the sustainable use of energy by proof-of-work blockchains.

It is helpful to begin by understanding the current state of play with major proof-of-work blockchains.

For 2021, the average CO2 per transaction was equivalent to the CO2 from a punnet of strawberries.

The BSV blockchain achieves the superior performance through scalability and use.  The BSV network provides the ability to cover financial and non-financial uses that promise to deliver a higher value of services at lower CO2 per transaction than that associated with incumbent Visa or Mastercard networks.

The key to achieving more sustainable energy usage lies in three interrelated attributes or pillars.  Each pillar links to the other, and it is only once we unify all three that we see a fulfilment of the promise that Bitcoin or proof-of-work blockchains have to offer.

The Three Pillars of Sustainable Proof of Work

For example, increasing the number of transactions per second by a factor of a million generally means a millionfold drop in the energy cost per transaction.  Recall that the energy to commit a block to the blockchain is independent of the size of the block; it is a function of the computational power needed to solve a puzzle and win the next block.

Scaling is fundamental to addressing the energy consumption of proof-of-work blockchains, because we cannot bundle a larger number of transactions together for the same energy cost without increasing the block size.  With big blocks comes more capacity to support large-scale applications, which brings us to the next pillar.

Addressing the energy expenditure of a system in isolation is like asking, how long is a piece of string? It is a meaningless metric until it is converted into a utility value.

Utility is key for society; few people would argue that spending resources such as energy to run a hospital is a bad thing.

Currently, the most widely known proof-of-work blockchain (BTC) is mainly used as a speculative financial instrument, facilitating the acquisition of coins in the hope of selling at a higher price later.

Yet, mere financial speculation can hardly be a defensible argument for high energy usage. At the same time, the BTC network and its usefulness to society are limited by being constrained in scale.  Small blocks also mean that transactions with higher fees are prioritised.

When block sizes are unbounded in size, the fixed costs to create a block can be spread across a larger number of transactions, reducing the average cost and making it economically viable for an enterprise or individual to take advantage of the data integrity possibilities of a proof-of-work blockchain.

Taken together, the energy-efficiency upshot of pillars 1 and 2 stems from the potential increase in transaction volume across high-utility applications, benefitting individuals, enterprises, and society.

The final piece of the puzzle is in the way the network is designed to source and use energy. A blockchain’s power consumption is increasingly mobile.

The primary energy consumption in the network currently takes place where the hashing units are located.  Such operations expend energy and CPU time to publicly secure relevant data, which can be trusted because of the investment staked by publicly sharing a proof-of-work solution on winning the next block.

While the hashing units need access to power, they only require very limited internet connectivity, i.e., a satellite phone or landline dial-up service is sufficient to run a warehouse of 40,000 such units.

Such inherent mobility means that a mining farm can take advantage of energy that is not useable by other industries, which may be less flexible when it comes to physical infrastructure.

Consider, for example, the huge excess of energy that is produced by the hydroelectric dams in China during the wet season.  This excess energy, which would normally be wasted, could be harvested by miners, supporting the economy of renewable-energy projects that are otherwise uneconomic.

At a time when we are witnessing increasing effects of climate change around the world, we should shift our focus away from poor-utility and resource-intensive applications, specifically cryptocurrency speculation.

In a holistic network, proof-of-work can be used to support the growth of the renewable-energy sector and add real benefit to a world that is increasingly reliant on data that, as it stands, is not fully reliable.

Despite the claims of many, proof-of-work is not an inherent waste of energy or creator of unnecessary emissions.  Under the right framework and when used to deliver real-world utility, proof-of-work systems, such as the BSV blockchain, offer a solution to numerous problems faced by society.

[1] The key assumptions are hash efficiency of about half the latest available mining equipment and a carbon intensity higher than Europe and similar to Ireland (0.49KG/KWh). 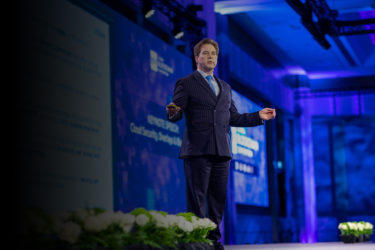